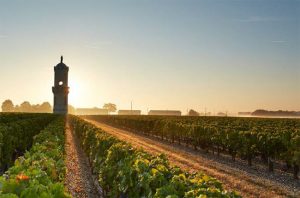 Château Haut-Batailley has issued an apparent statement of intent under new ownership by releasing its 2017 wine at a significantly higher price than its previous en primeur release, the 2015 vintage.

Château Haut-Batailley released its 2017 wine in this year’s Bordeaux en primeur campaign at 42 euros per bottle ex-Bordeaux, up by 46% on the equivalent 2015 vintage release, which first emerged at 28.8 euros per bottle.

The 2015 was itself released at a 33% higher price than the 2014, but the 2017 hike will be seen as a re-positioning of the estate following its acquisition last year by the Cazes family, of Château Lynch-Bages.

Haut-Batailley’s 2016 vintage was not released en primeur, due to the timing of the acquisition.

Jane Anson rated Haut-Batailley 2017 at 92 points and described it as ‘rich and deep’ and showing ‘real promise’.

She also noted that ‘we can expect big changes [at the estate] over the next few years with an extensive replanting programme planned’.

Haut-Batailley joins several estates to release early in the annual primeur campaign, including Château Palmer, Valandraud and Coutet. Palmer cut its price by 20% versus 2016.

‘Collectors of this estate might alternatively find buying opportunities in the newly bottled 2015,’ said Liv-ex analysts.

Wine Lister said that trade confidence in Haut Batailley had risen in the past year.

‘A price increase of 46% on the 2015 release, putting the 2017 well above any vintage currently in the market, sends a strong message that Haut-Batailley’s new owners, the Cazes family, have big plans for the brand,’ Lister said.

For a sense of comparison, Haut-Batailley 2015, which was recently bottled, had a retail price of £550 per 12 bottles on Millesima UK this week, while Fine & Rare Marketplace was offering 12 bottles for £375, also at retail price.