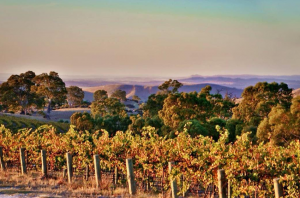 Reporting in the South Australian Advertiser in 1861, Ebenezer Ward described Pewsey Vale’s Riesling as ‘fragrant, delicate and pure’, adding that the 1854 out-performed ‘choice Hock …the best wine of its class ever imported.’