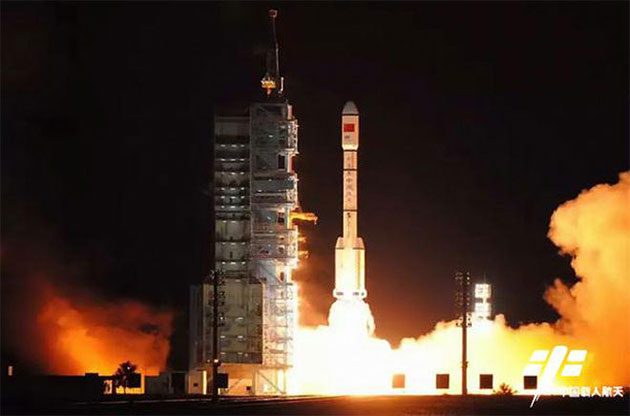 Space wine is possible, but far far away

When we humans – and any other interplanetary species reading – explore new frontiers, one of the first things we’ve taken with us throughout history is vines to make our favourite tipple, wine.

The Chinese have already given the first part some thought when, in 2016, they flew Cabernet Sauvignon, Merlot and Pinot Noir vines into space to study them under space conditions.

The great minds at NASA have already looked into growing crops in space, with their Vegetable Production System department called “Veggie”. This department already grows an array of crops on the International Space Station including a variety of salad-type crops for astronauts to enjoy.

‘Wine grapes would be an interesting challenge,’ Massa told Gizmodo. ‘We have been working with some dwarf fruit trees that the USDA developed, and I have heard that they also have some dwarf grape vines, so if the plants were small enough or could be trained around, for example, lights, it would certainly be possible to grow them.’

Although NASA is not currently working on growing wine vines in space, Massa added, ‘most plants for space are super compact, but if you had vines that you could coil or clip, a larger plant might be an option, getting light to a sprawling vine is definitely a challenge… you would want very compact varieties.’

Even pollinating the vines have been thought of with Veggie experimenting with pollinating tomatoes by spraying the flowers.

But can you make wine?

‘For the actual process of wine making I am really not sure, but I would suspect a microbial bioreactor could be developed which would allow the fermentation and other processes to occur in microgravity,’ she said.

‘Fermentation is an anaerobic process so the fact that fluids and gasses don’t mix well in space might not be a problem… You might have to inoculate with the right types of microorganisms but I think it would definitely be possible.’

Whilst growing vines in space might be possible, free of disease and pests, space and yield would be an obvious problem to any budding astronaut winemakers reading.

With the current space on the ISS, there would be enough yield to create approximately one bottle of wine per year.

That said, at Decanter.com, we couldn’t help but wonder how much would be paid for the first single bottle of wine made in space; and would it have a vintage?

As growing numbers of wineries around the world consider the merits of organic and biodynamic principles, many are deploying vineyard…

The world’s first undersea wine cellaring service 1,000m deep and 150km off the Atlantic Coast will open next year.